The reason that there is so little research done in the field of magnetic therapy, and especially Biomagnetic Pair therapy, lies in the fact that patenting and trademarking techniques related to static magnets is not possible. The law does not permit the patenting of processes that are naturally occurring, such as magnetic fields.

Because the medical and scientific industries are unable to benefit financially from such studies, they are less inclined to conduct extensive research into their efficacy. We often read reports and articles refuting claims that magnetic therapy works. Not surprisingly, this negative propaganda is brought to us by the medical establishment and its omnipresent lobby, which stand to lose a great deal of their market share to alternative therapies which they find economically limiting.

There is an important difference between traditional magnetic therapy and Biomagnetic Pair therapy as taught by Dr. Isaac Goiz Durán. The ancient art of magnetic therapy dates back thousands of years to Egyptian and Chinese cultures, and perhaps others. Today, many veterinarians use magnet therapy to quickly heal broken bones of horses and livestock (Null, G. 1998).  The use of magnetic therapy has also been recommended by athletics professionals to speed up the healing of sports injuries (1998). However, magnetic therapy, as practices for centuries, is applied for the treatment of pain relief and improved blood flow. The theory behind this application says that the negative (north) magnetic fields of static magnets greatly increases blood flow around injuries, helping blood cells fight infection more effectively. For the treatment to be even remotely effective, the correct strength is necessary. For example, a refrigerator magnet is around 200 Gauss. Therapeutic magnets that are commonly used for “magnetic therapy” measure anywhere from 400 to 800 Gauss. Biomagnetic Pair therapy, on the other hand, uses magnets of two poles measuring anywhere from 3,000 Gauss to 10,000 Gauss.

In one study, a double-blind, controlled trial of 64 people with rheumatoid arthritis of the knee compared the effects of strong alternating polarity magnets with the effects of a deliberately weak unipolar magnet. Researchers used the weakened magnet as a control group so that participants wouldn’t find it easy to break the blind by testing the magnetism of their treatment. After 1 week of therapy, 68% of the participants using the strong magnets (called the treatment group) reported relief, compared to 27% in the control group. The difference was statistically significant. Two out of four other subjective measurements of disease severity also showed statistically significant improvements. However, no significant improvements were seen in objective evaluations of the condition, such as blood tests for inflammation severity or physician’s assessment of joint tenderness, swelling, or range of motion.

This study suggests that magnet therapy may reduce the pain of rheumatoid arthritis without altering actual inflammation. However, the mixture of statistically significant and insignificant results indicates that a larger trial is necessary to factor out “statistical noise.”
(Author unknown. http://www.med.nyu.edu/content?ChunkIID=33778)

Another radical difference between the two therapies is that standard magnet therapy does not consider the duality of biomagnetic charge buildup in the body.  According to magnet therapy,  one magnet of a single pole may be placed on any injured organ or tissue to reduce inflammation or pain with only that goal; to reduce swelling and reduce pain.

Biomagnetic Pair, on the other hand, uses the principles of pathogenesis, and duality.

For every negatively charged point in the body that is harboring a toxic microorganism, another corresponding opposite charge is creating a resonance with another pathogen, hence the term Pair.   One pathogen creates or sustaining an acid environment communicates with the microorganism creating and sustaining the alkaline environment. However, only the pathogen on the acid side is creating symptomatology. These imbalanced poles are neutralized with two magnets of opposite poles, thereby destroying the pathogen that thrived in that pH (or energetic charge).

It has a normalizing effect no matter how long the exposure.”

Magnetic therapy is limited to healing based on electromagnetic energy from which the body may benefit. This requires, in most cases, only one side of the magnet; north.

This differs from Biomagnetic Pair therapy in many respects.

First, the theory behind Dr. Goiz Durán’s technique is that micro organisms that cause various symptoms in the human body are responsible for diseases and syndromes for which science has not found a true cause. However, Dr. Goiz discovered that the pathogens in our body are, to a great extent, reliant upon a pH environment suitable for their needs (Dr. Goiz, 1995).

Acid environments; those that have large quantities of Hydrogen ions in their molecular composition, are said to be hospitable for viruses and fungi.

Conversely, the Alkaline areas of the body are identified by Dr. Goiz as being those hospitable to bacteria and parasites, generally. To  those points, positive magnets are placed.

As can be seen, the two concepts differ in the way they heal. One by stimulating blood flow through veins, arteries and capillaries, and electromagnetic flow through the nervous system, while the other by altering the terrain where pathogens are disturbing equilibrium. 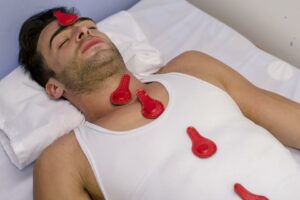 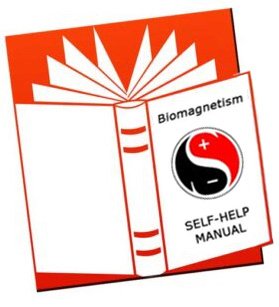 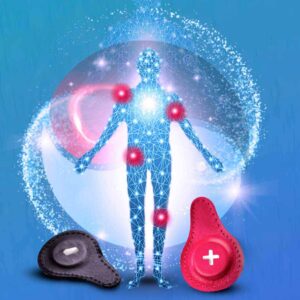